Working alongside existing operators and new developers we have produced concept plans and feasibility studies for a number of international hotel sites, ranging from luxury resort studies in Moscow, Sicily, the Saharan fringe and central Chengdu, China.

Chengdu Towers Hotel in China involved the development of a luxury hotel within a twin tower site above a five-storey retail complex in central Chengdu, China. In addition to the hotels, the complex contains Spa facilities, office and residential spaces.  A hotel / serviced apartment tower forms half of the twin tower proposal, complementing the office tower. The two towers are linked by a sculptural bridge that forms a dramatic ‘gateway’ into the site.

In the Sahara desert our proposal involved a four-star eco-hotel and leisure resort situated at the foot of a rocky mountain range. The scheme provides 53 double rooms, three wheelchair accessible double rooms, three family suites and one presidential suite. The hotel acts as a base from which the surrounding desert can be enjoyed and explored. The building is designed to be a focus of leisure activities including desert excursions, ballooning, stargazing and visits to cave engravings. 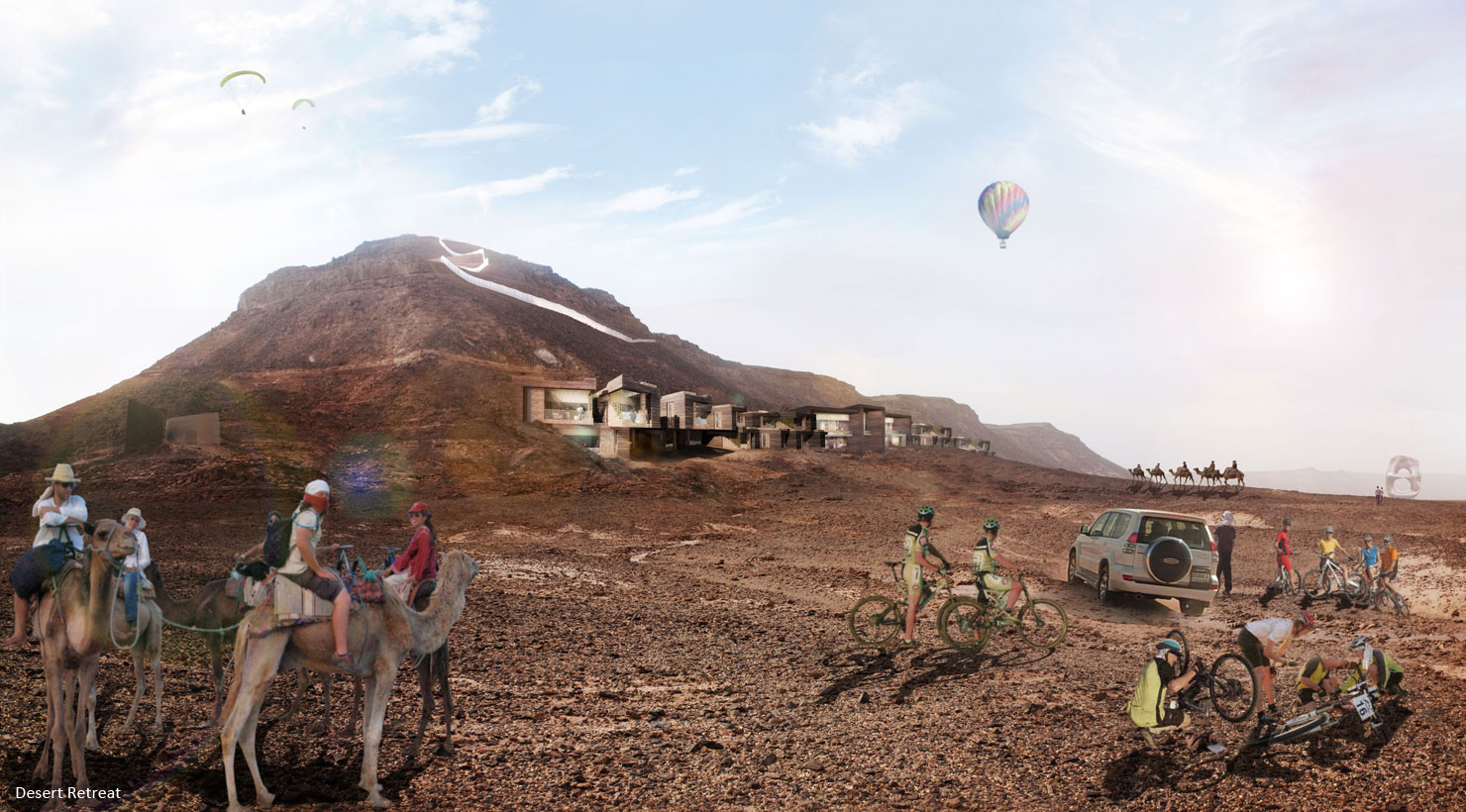 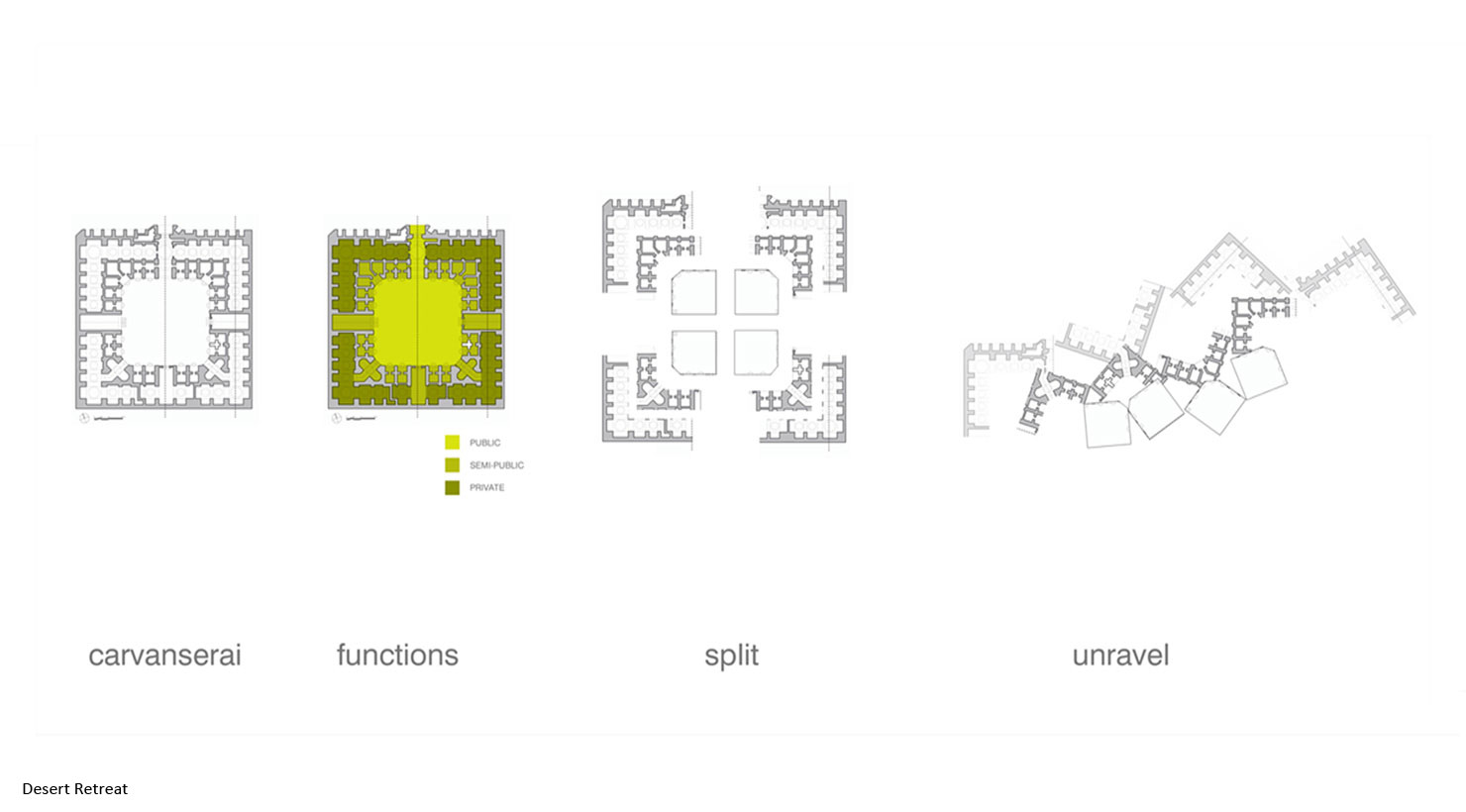 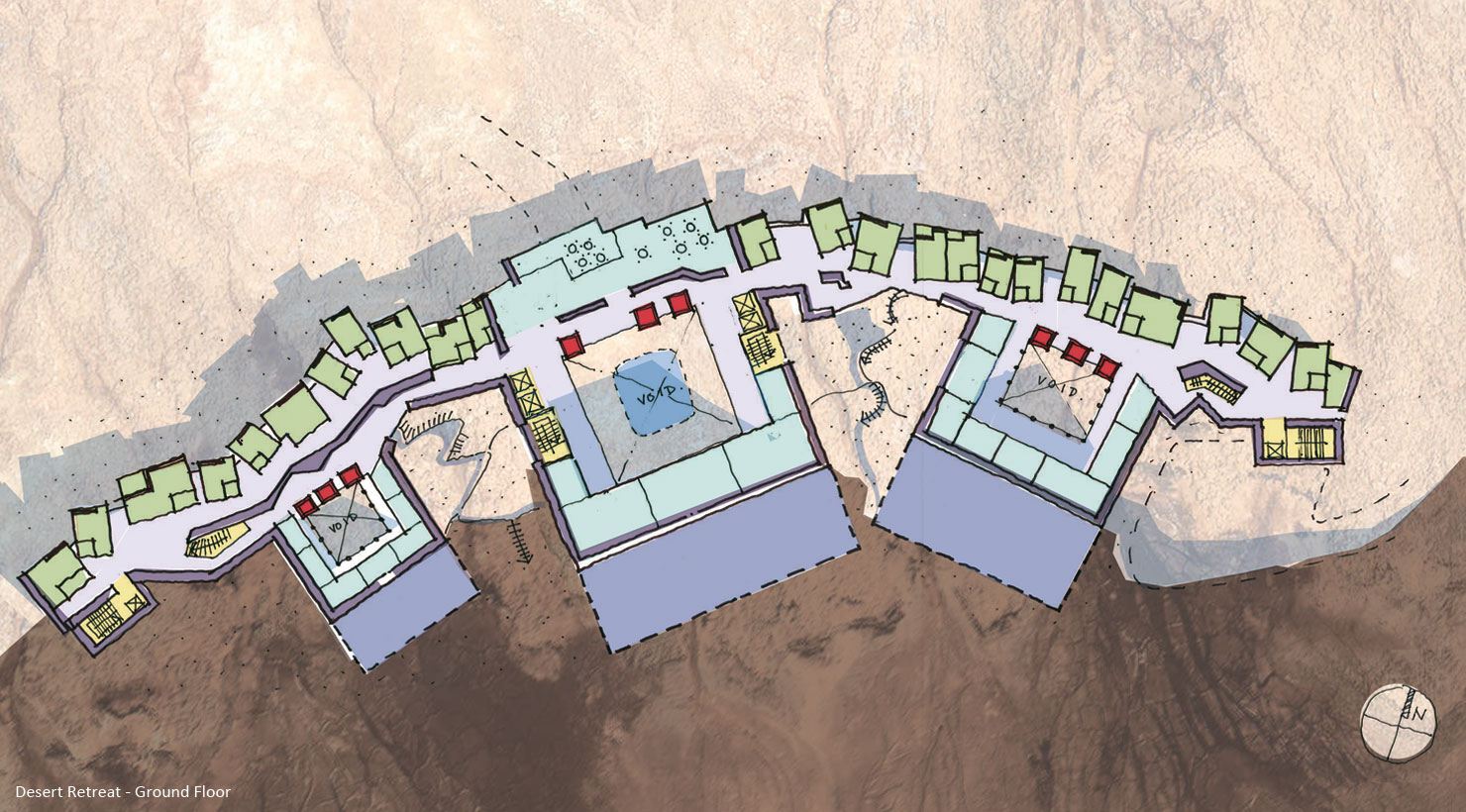 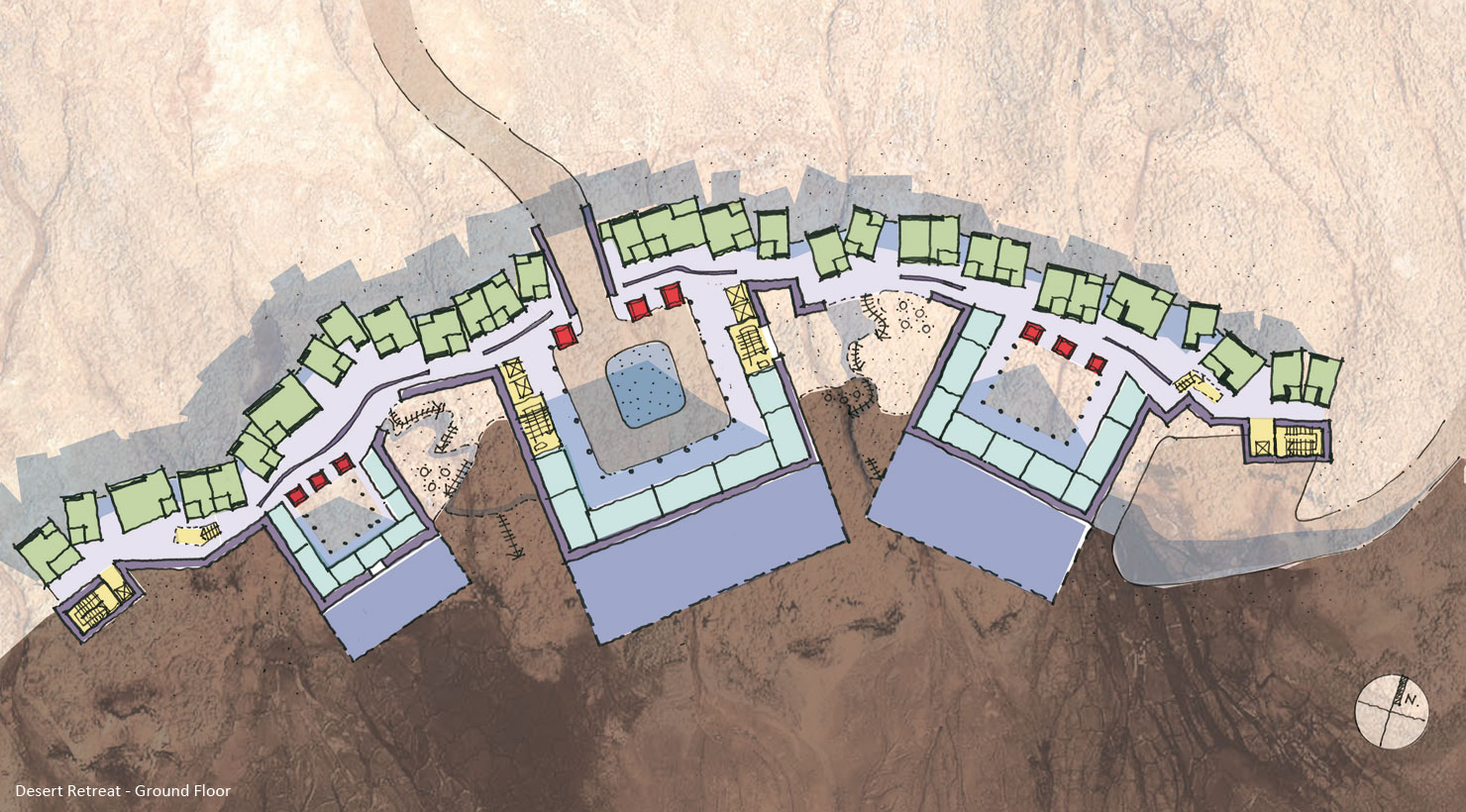 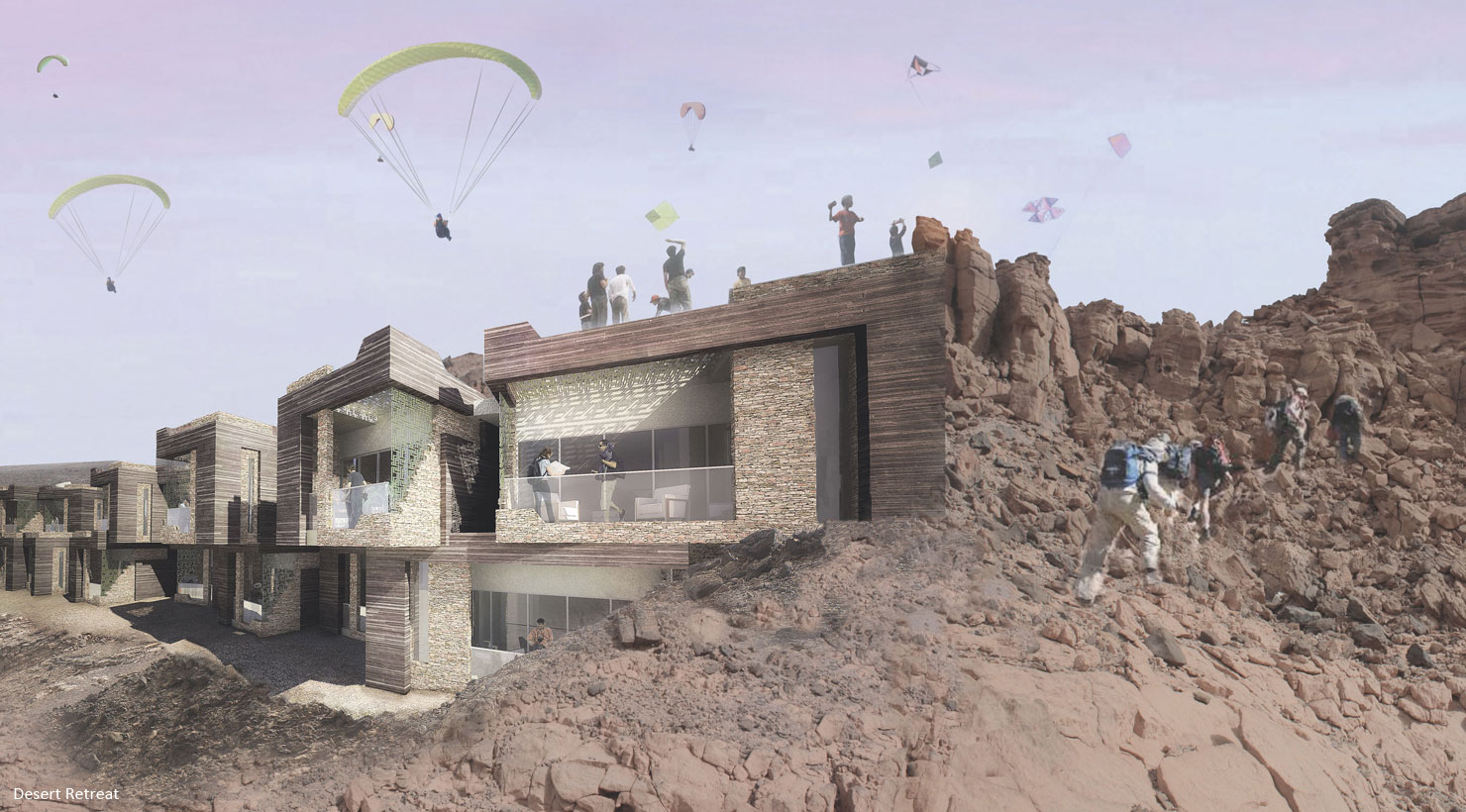 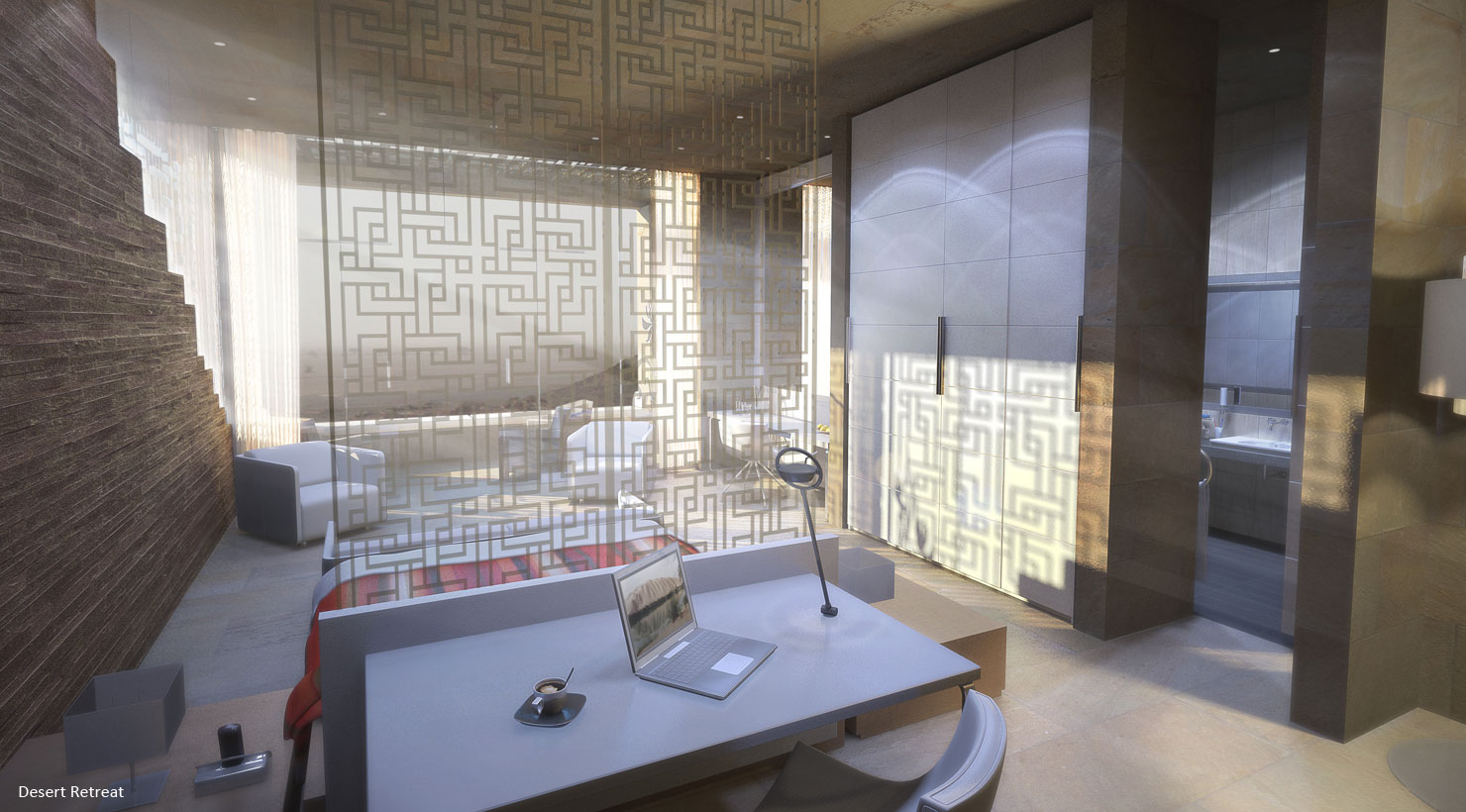 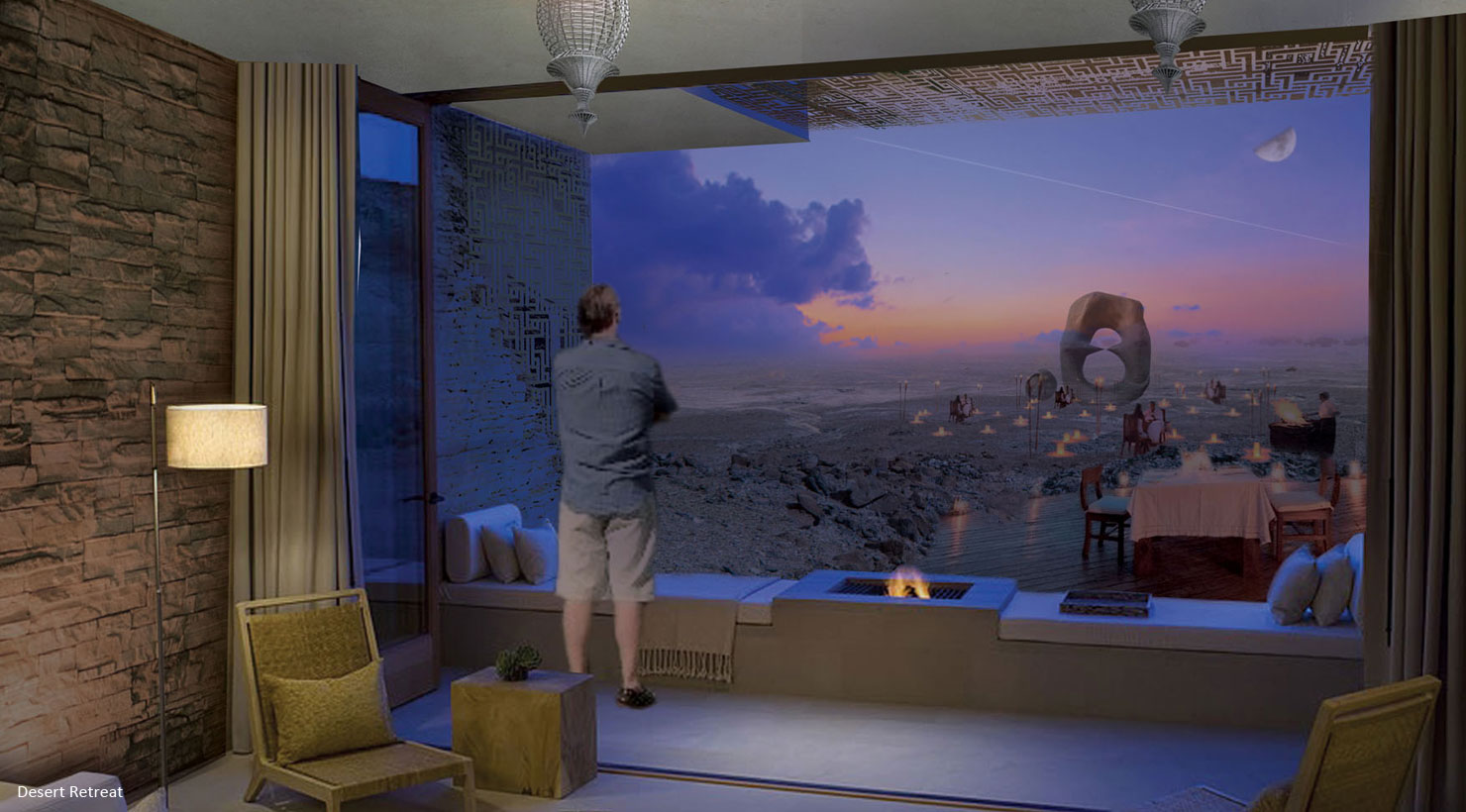 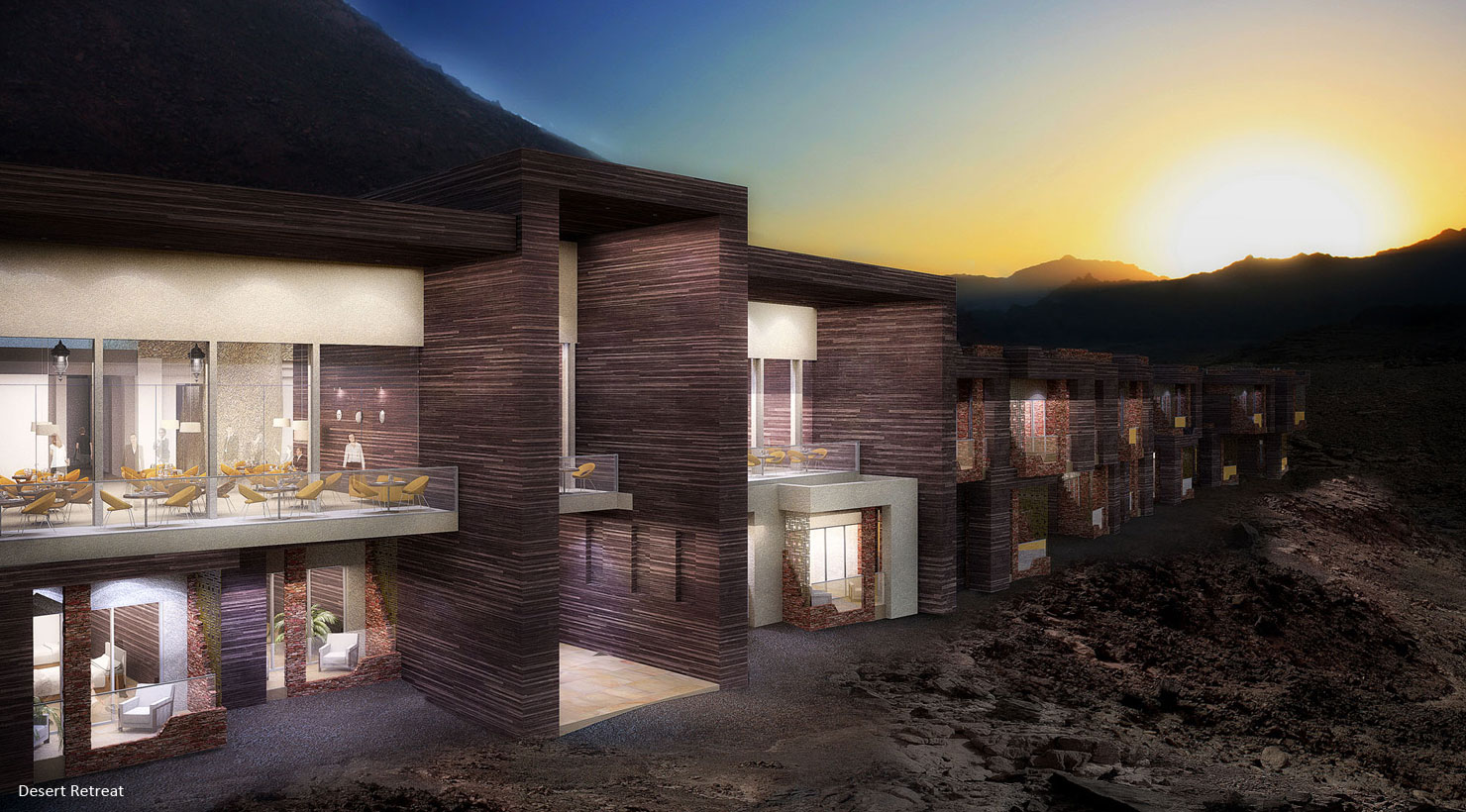 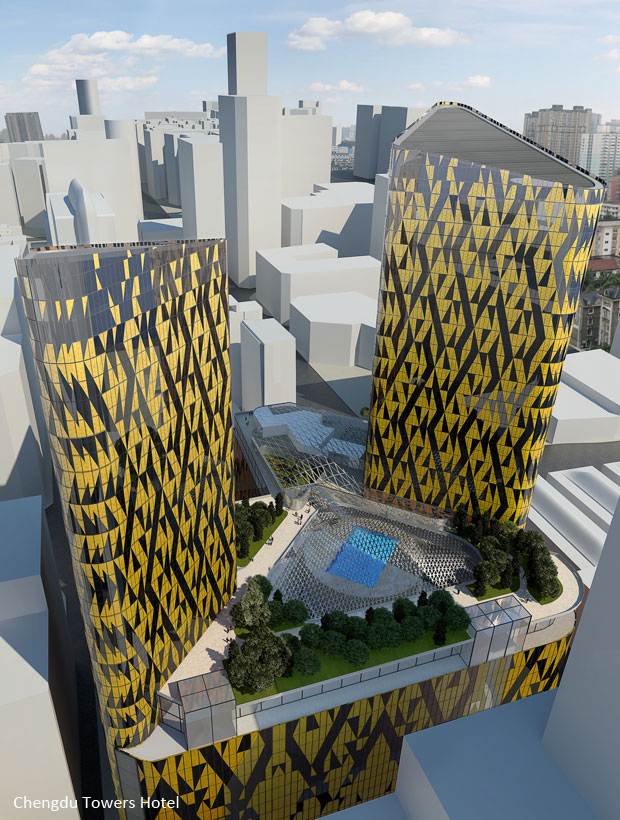 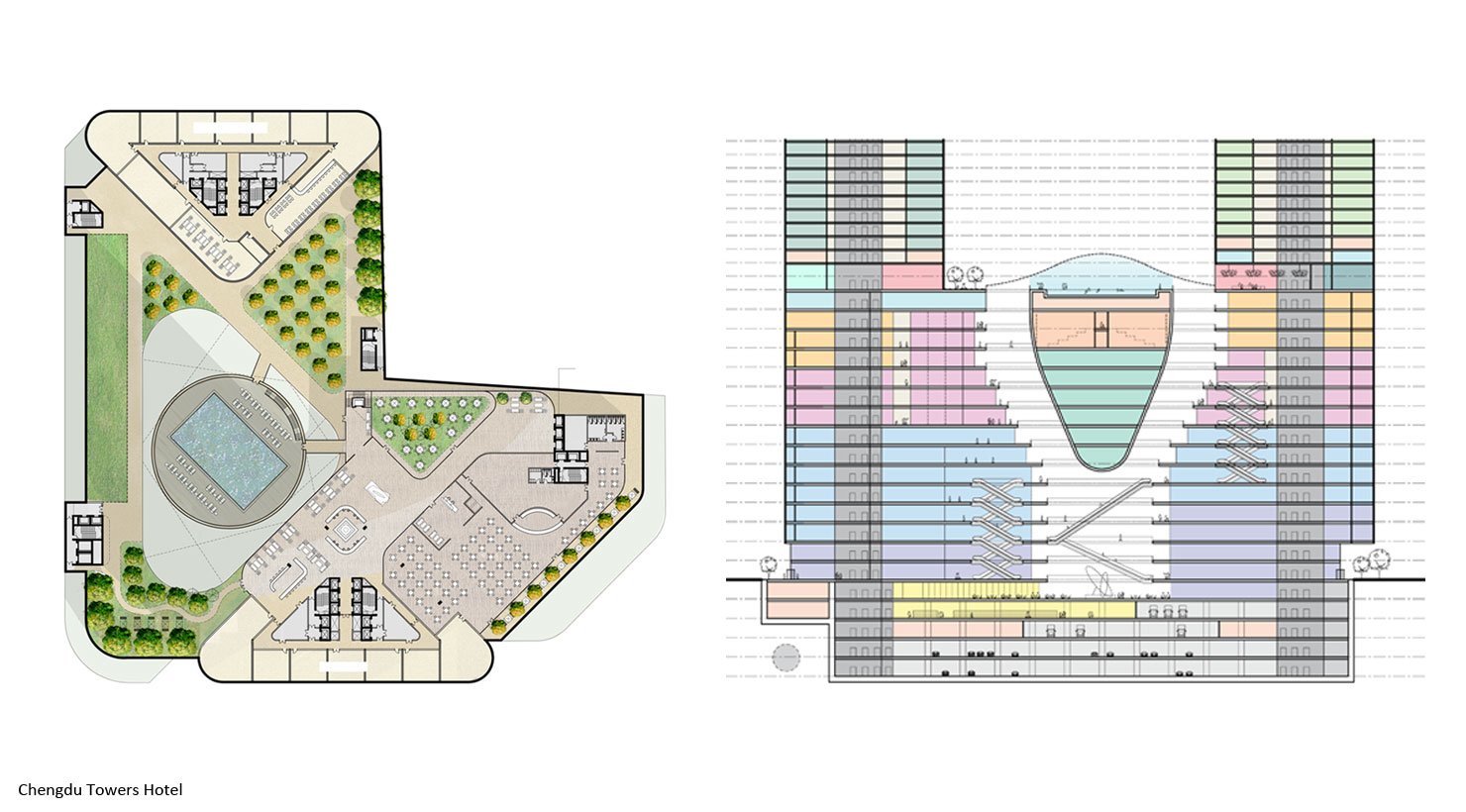 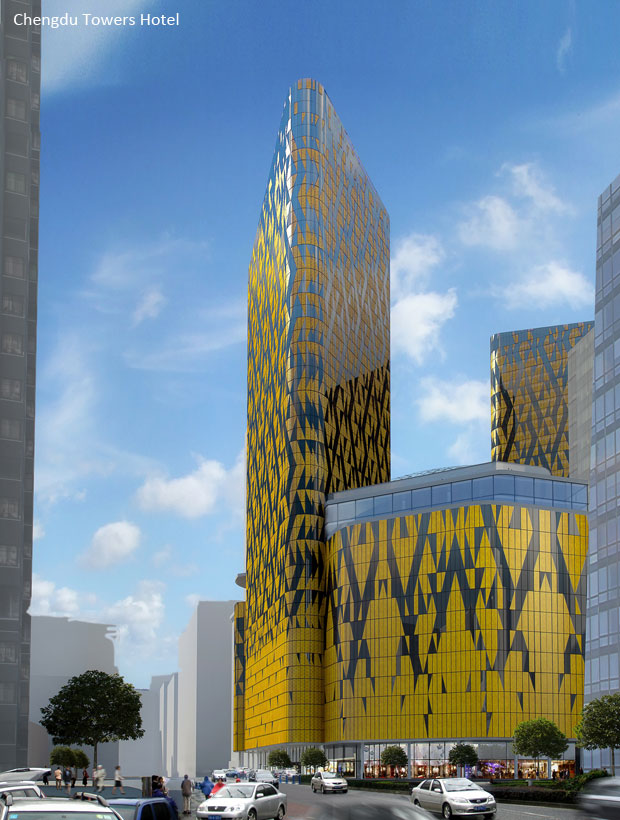 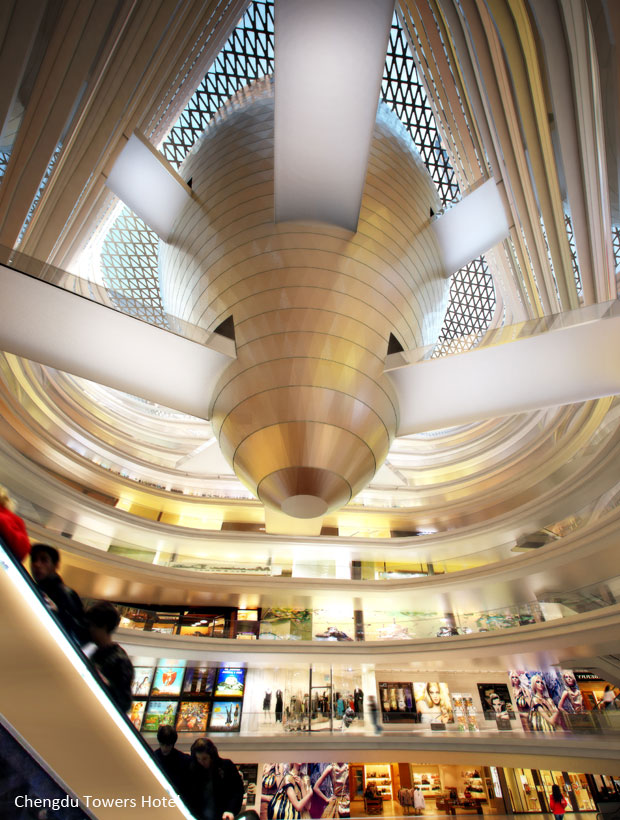 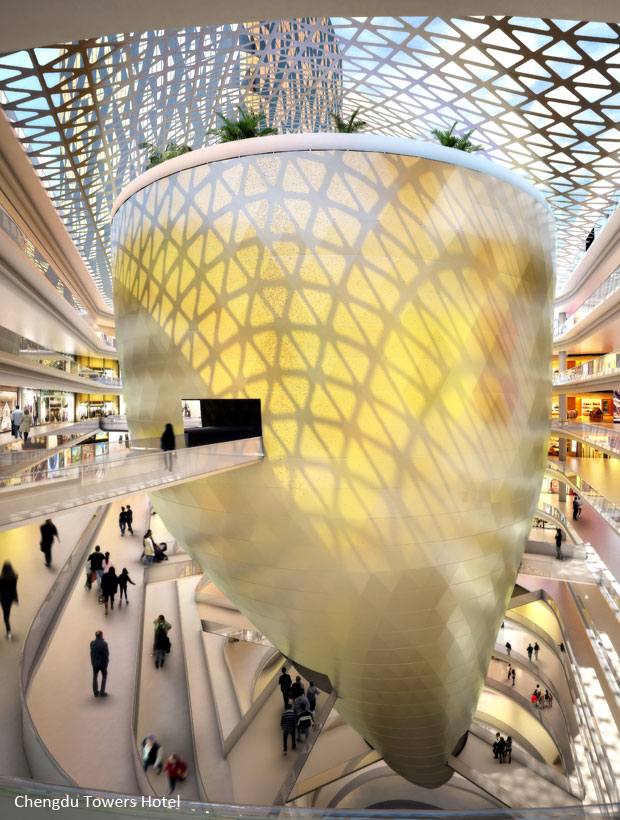 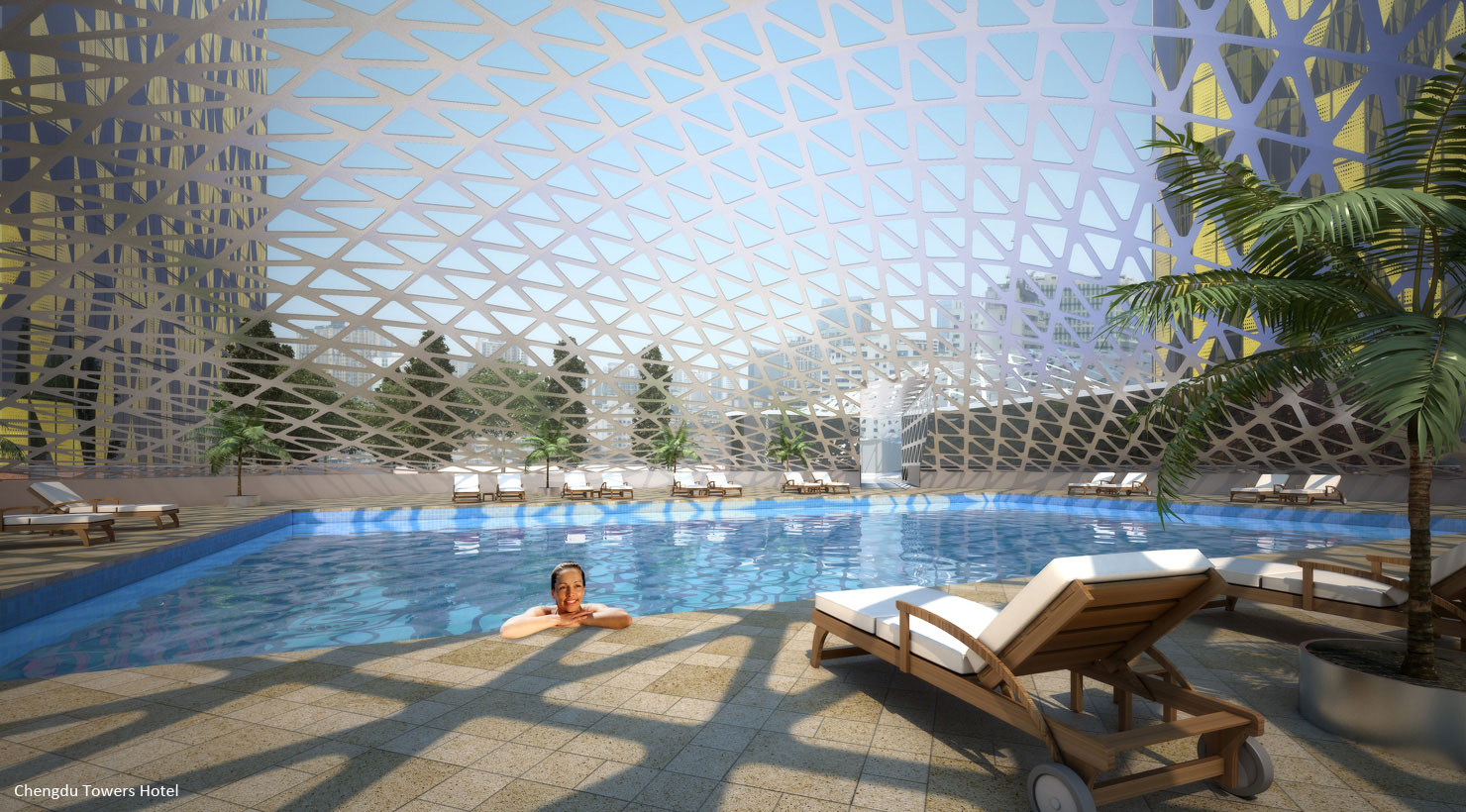 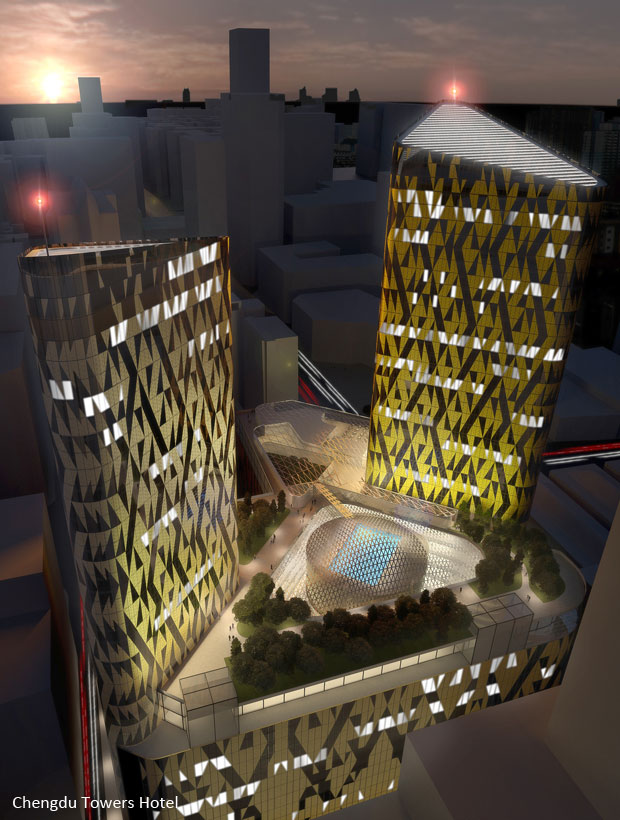 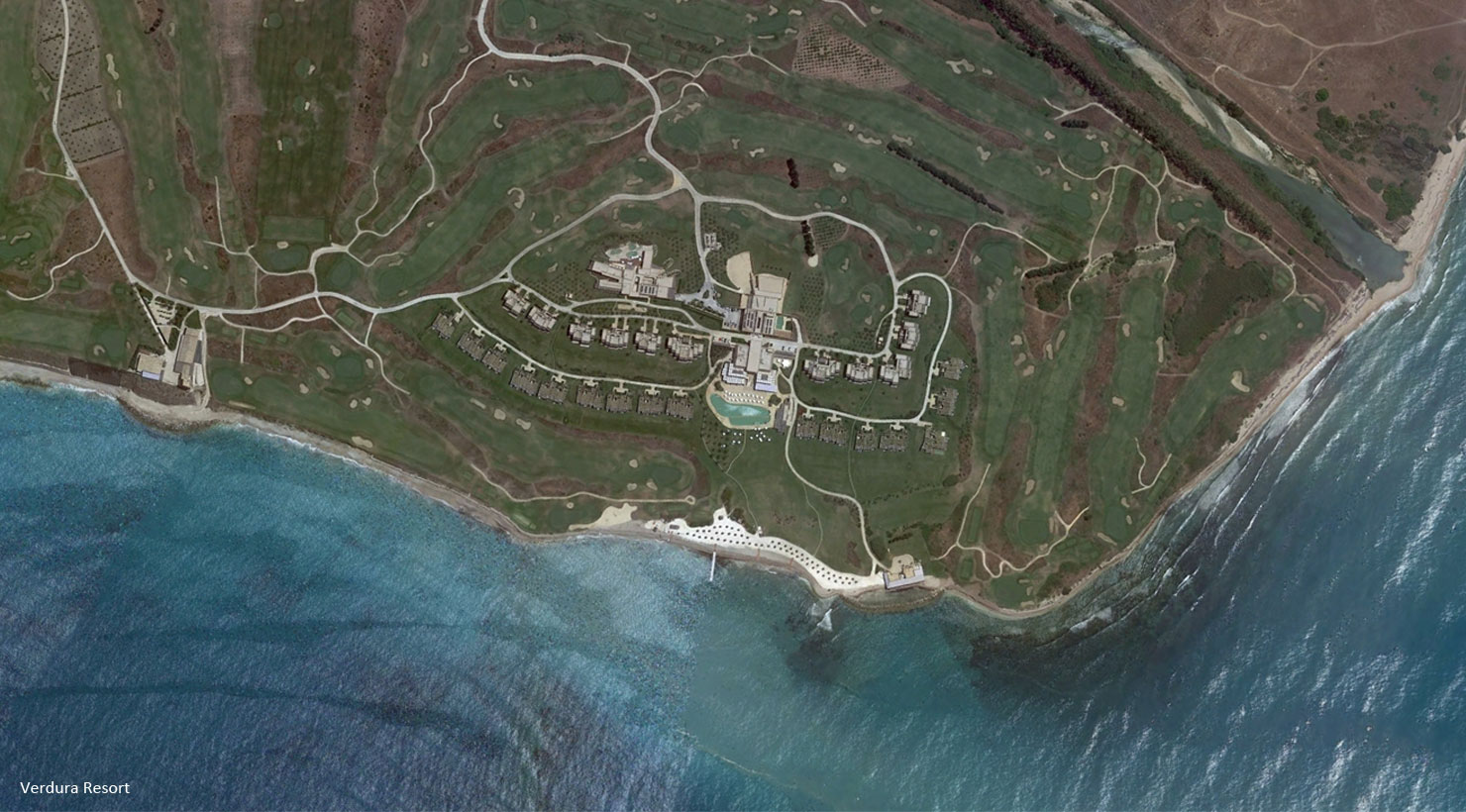 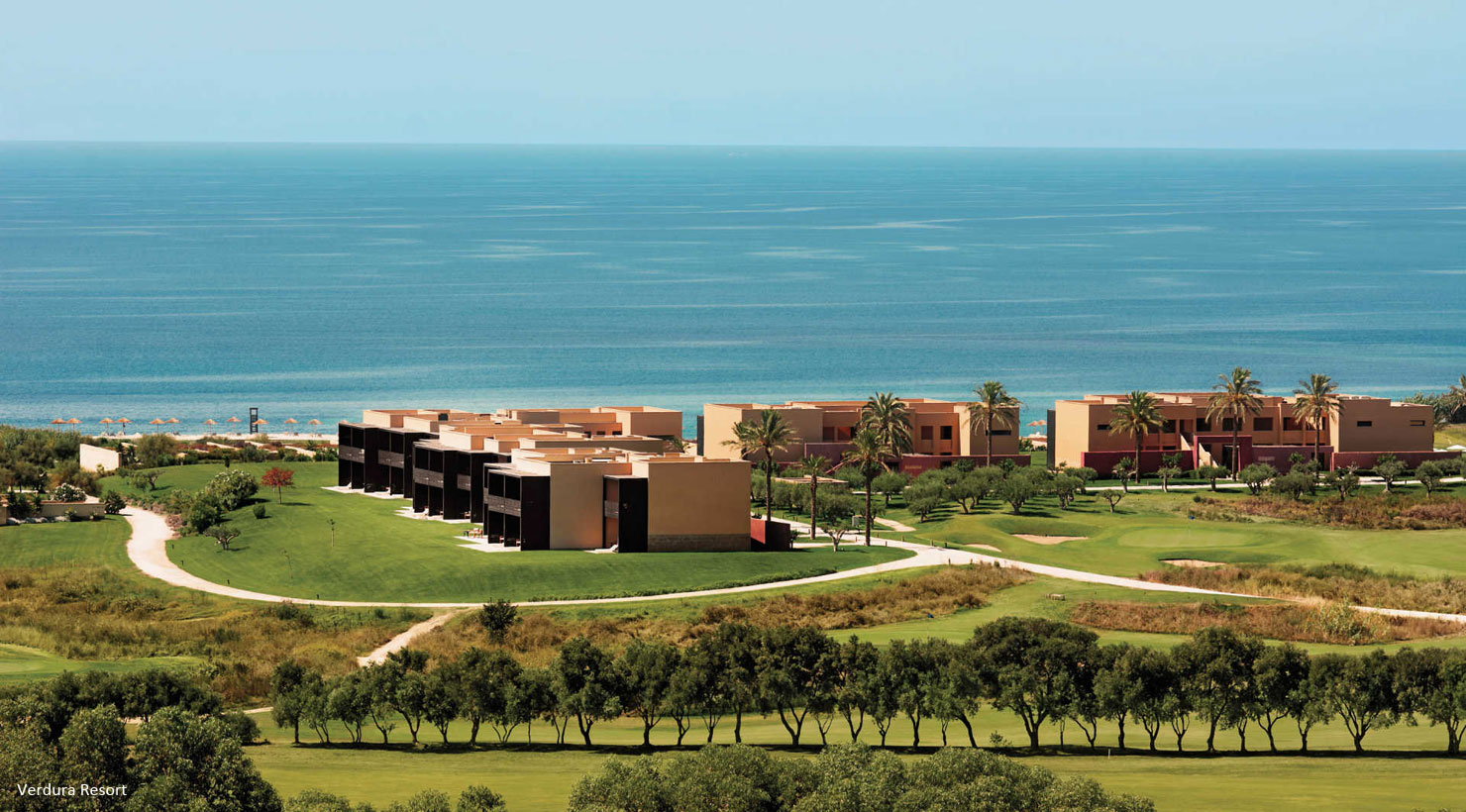 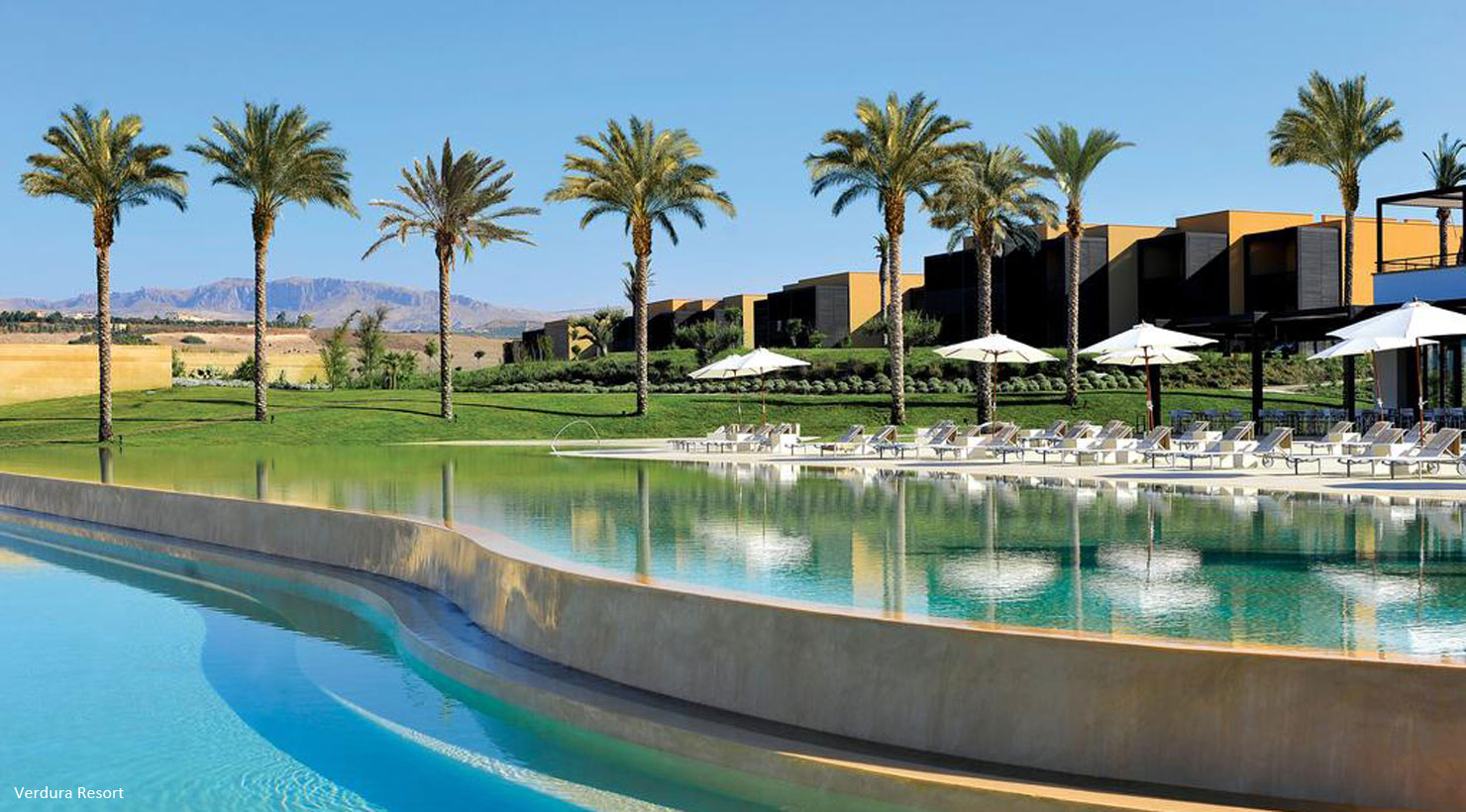 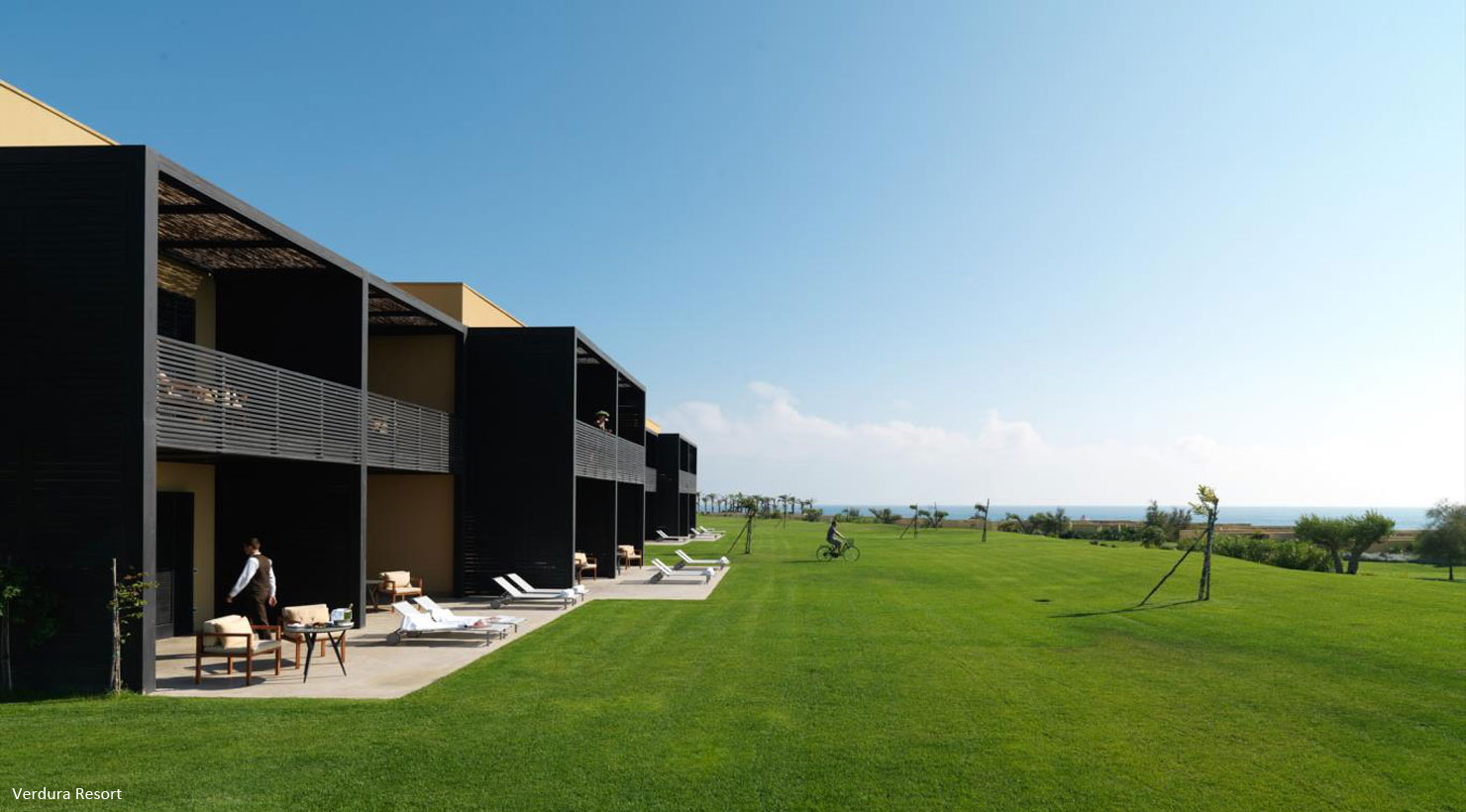 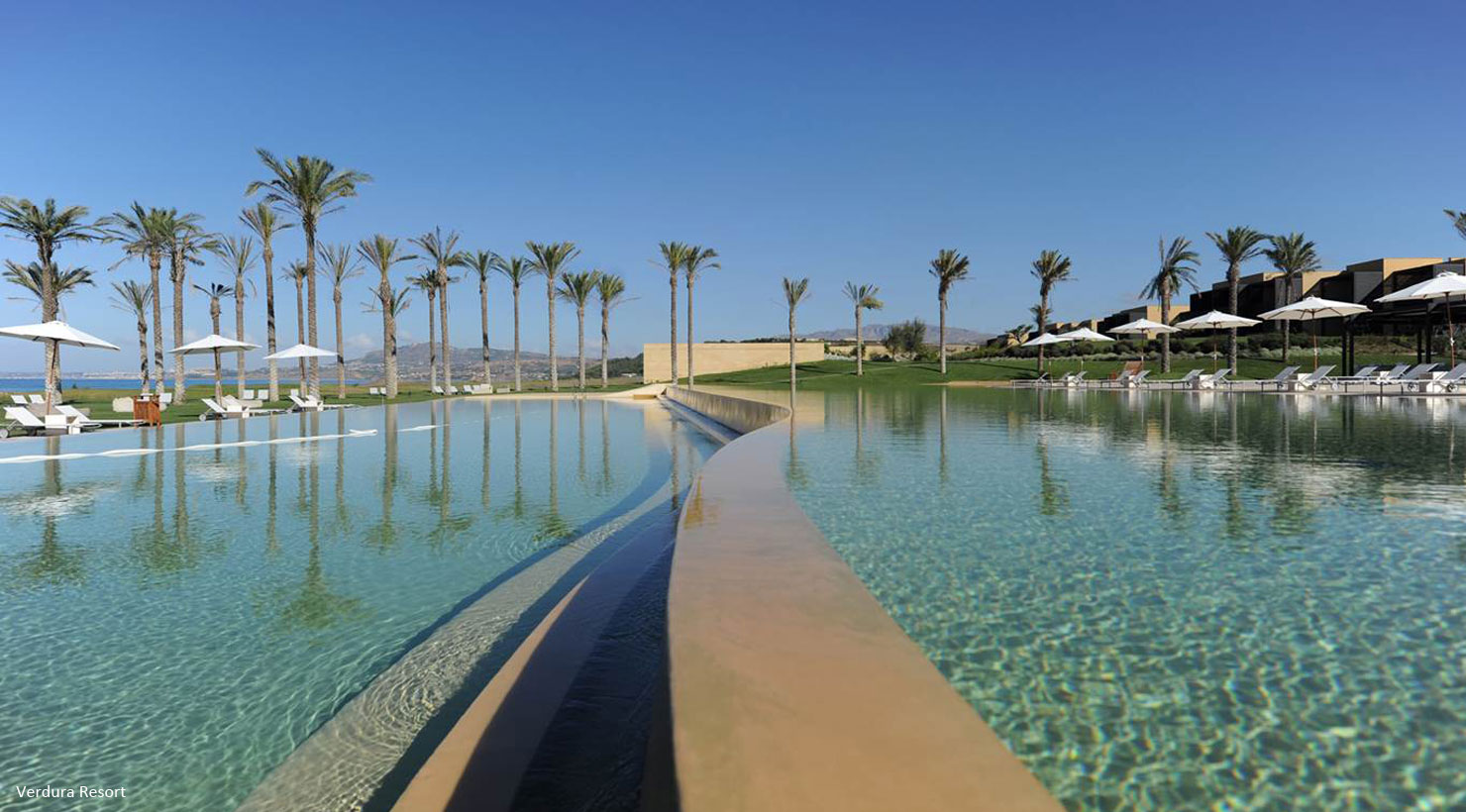